Mayor Levingston has been a member of the Texas Municipal League (TML) since 1997, having served on their Board of Directors from 1997-2006; and was appointed again in 2008. Levingston was honored to serve as President of TML from 2002-2003, then served as President of Southern Municipal Conference in year 2004-2005. Other positions Mayor Levingston has held for the state are Vice President, then President of Region IX of Texas Municipal League and has been member of Texas Attorney General’s Small City’s Advisory Committee. She has received appointments by Governor Ann Richards, Governor George W. Bush and Governor Rick Perry to the State Community Development Regional Review Board of the Heart of Texas Council of Governments.

Mayor Levingston graduated from Washington High School of Groesbeck, Texas and continued her education at Prairie View A&M, graduating with a Bachelor of Science degree in Home Economics. She was employed by Groesbeck Independent School District as Teacher of Family and Consumer Sciences and is now Director of GISD  Parenting Education Program and Director of GISD Child Development Center (KidsKare).

In community recognition, Mayor Levingston received the honor of being named Groesbeck Citizen of the Year in 2003 and Groesbeck Woman of the Year in 1997. She has been Most Ancient Grand Matron of the Heroines of Jericho, Texas Jurisdiction since 2000.

In addition to serving Groesbeck, Mayor Levingston’s greatest pleasure has been raising three daughters who have given her five grandchildren.

Back to Board Members 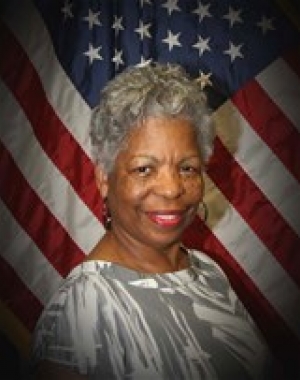